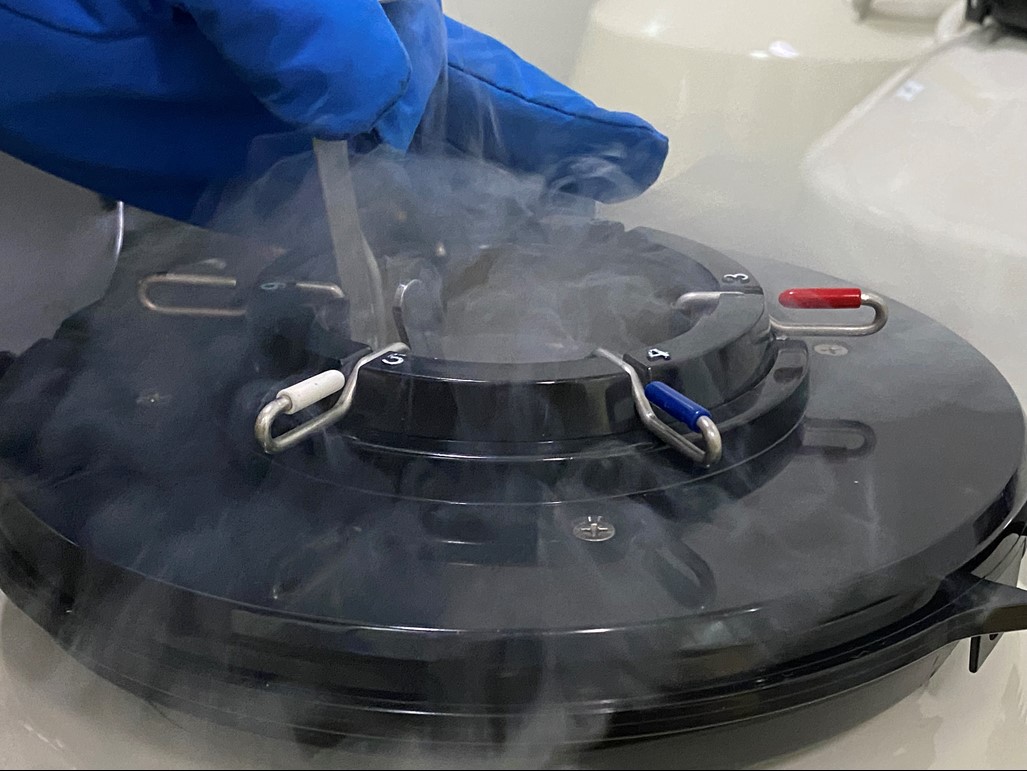 Recent advancement in cancer treatment regime has increased life expectancy of many patients. Although the growth in efficiency of cancer treatment protocol is celebratory, the side effects of such treatments especially on reproductive organs can affect future fertility or permanently in some cases.

Oncology treatments especially following the use of alkylating agents and ionizing radiation can potentially alter or impact female’s endocrine and ovarian function. Ovarian damage induced by chemotherapy is associated with a significant reduction in number of ovarian follicle and is closely linked with patient’s age, dosage of drugs and risk of losing ovarian function.

Numerous types of assisted reproductive techniques are being offered for female patients before and after therapy to preserve their fertility. However in cases where, treatment protocol cannot be delayed and pre-pubertal female, standard fertility preservation methods of eggs and embryos cryopreservation and storage are not an option.

In these circumstances, a treatment called ovarian tissue cryopreservation can be offered to protect their future fertility.

What is ovarian tissue freezing?

This tissues consists of primordial follicles, in which each follicles carries a single immature oocyte. A total or partial oophorectomy also known as removal of ovary will be carried out using minimally invasive surgical procedure. Following the removal of ovarian tissue, its cortex will be dissected off from medulla, proceeded to cut into strips and frozen.

How is Ovarian Tissue Cryopreservation different from other types of fertility preservation?

Embryo and Egg freezing are established forms of fertility preservation that is available to females who have started menstruating. Egg freezing is suitable for women without a partner or young girls (post-pubertal) who are sexually mature. Egg freezing doesn’t require to be fertilized prior to freezing. It can be frozen and stored by itself and the frozen eggs can be thawed out and fertilise in future with sperm from your male partner.

Survival of frozen eggs are excellent with current technologies, however occasionally frozen eggs do not survive the extreme temperature fluctuations.

For both egg and embryo cryopreservation, hormonal therapy has to be administered to stimulate the ovaries to produce as many eggs as possible. Additionally for embryo freezing, male partner’s sperm is required for fertilisation purpose and resulting embryos of either a day 3 embryo or blastocyst stage (day 5 or day 6) will be frozen for future use. These embryos can be stored for up to 10 years in the first instance and beyond that is based on case by case basis.

To safeguard fertility window of cancer patients, cryopreservation of human ovarian tissue has been increasingly applied worldwide, especially for young girls and women who cannot delay their cancer treatment. *To date, it has been reported that there are 130 successful live births following the transplantation of cryopreserved ovarian tissue, almost all patients had their ovarian function restored following the tissue re-implantation.

What happens during the Ovarian Tissue Cryopreservation procedure?

An OTC procedure takes approximately two hours and may be done as a same day surgery. It also may be combined with other procedures in the operating room to limit the need for additional anesthesia. It is generally performed as a minimally invasive surgery using a short key hold operation (laparoscopy oophorectomy) performed under general anaesthetic.

Subsequently, ovarian tissue or ovary will be immediately transported by the embryologist to the laboratory where it is prepared for freezing. The tissue will be than dissected into small pieces and soaked in a cryoprotectant media before vitrification (freezing). The ovarian tissue is then stored safely in the Tissue Bank freezer. A procedure summary letter with a copy of the signed ovarian tissue cryopreservation form will be given to the patient.

What will happen if you want to use your tissue in future?

If, following treatment, you wish to start a family but are experiencing premature ovulation failure, you will need to contact us. An appointment will be made for you to discuss your fertility problems and to explore methods to restore your fertility using the tissue held in the Tissue Bank.

At present this would involve re-implantation of some of the stored ovarian tissue, in order to restore ovarian hormone function and egg production. However, in future there will be a wider range of techniques available, increasing the range of potential options. Any future procedures will be fully discussed along with a separate consent process before your tissue can be used. 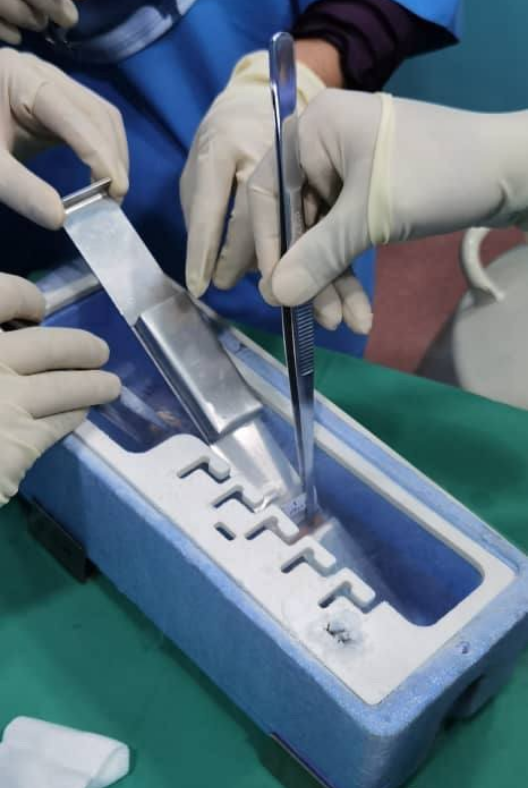 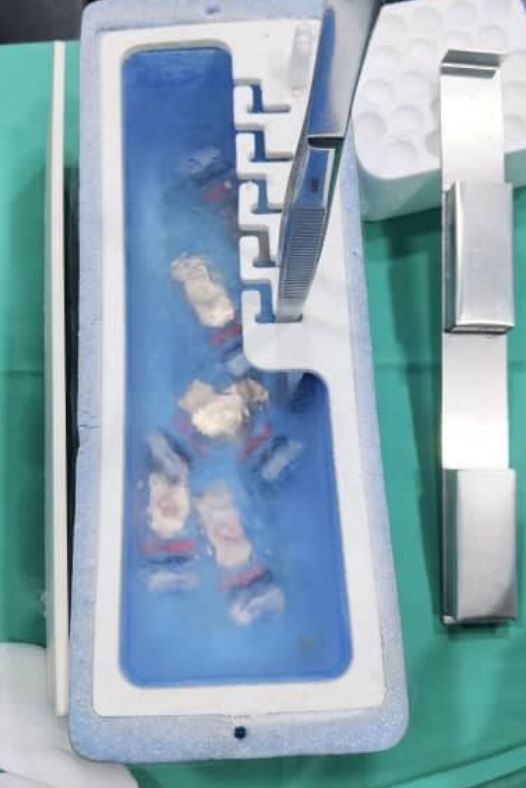 What are the risks involved?

The risks to the woman in the collection and storage of ovarian tissue are small. There is some risk associated with a laparoscopy. Rarely, surrounding organs such as the bladder or bowel may be damaged; this risk is thought to be around 1:1000. Occasionally, some bleeding may occur, which may necessitate a blood transfusion. Should these complications occur, chemotherapy or radiotherapy may need to be delayed.

There may be a slight risk of transmission of cancer cells with some types of cancer following the re-implantation of ovarian tissues. However, these risks will be assessed prior to the transfer. There is also the risk that the treatment for cancer may not cause sterility and thus the ovarian tissue would have been removed needlessly.

Ready to see our specialist?

Book your appointment with Dr Faizal.